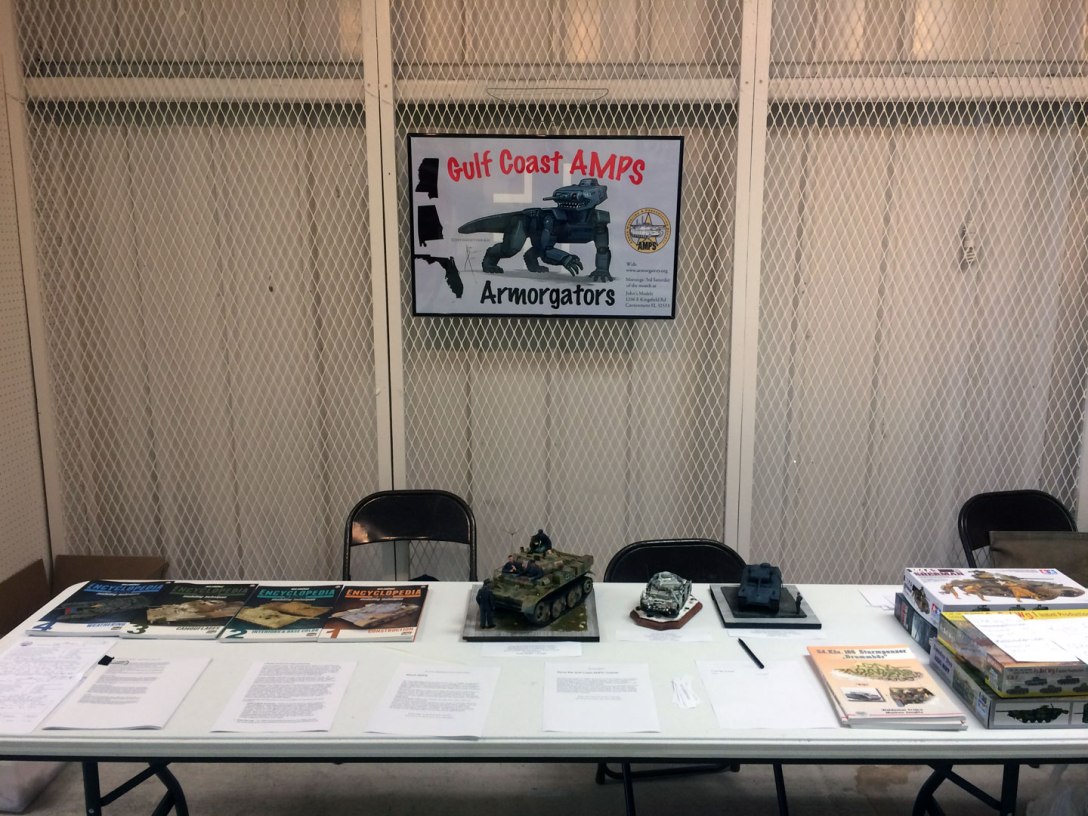 The Pensacola Modeleers sponsored their biennial Blue Angel Model Fest on Saturday, May 4, at the Pensacola State Fairgrounds. The contest followed IPMS conventions, with the armor category being very well represented. There were more than 50 armor-related entries, most of which can be seen at the following link.

The Armorgators were represented by a table in the vendor area and it appears we may have three new chapter members. Several kits were donated by chapter members to help raise money for the treasury. In all, some $76 was raised, which will be used to help offset some previously incurred expenses on the part of the chapter.

View all posts by Bob Edwards